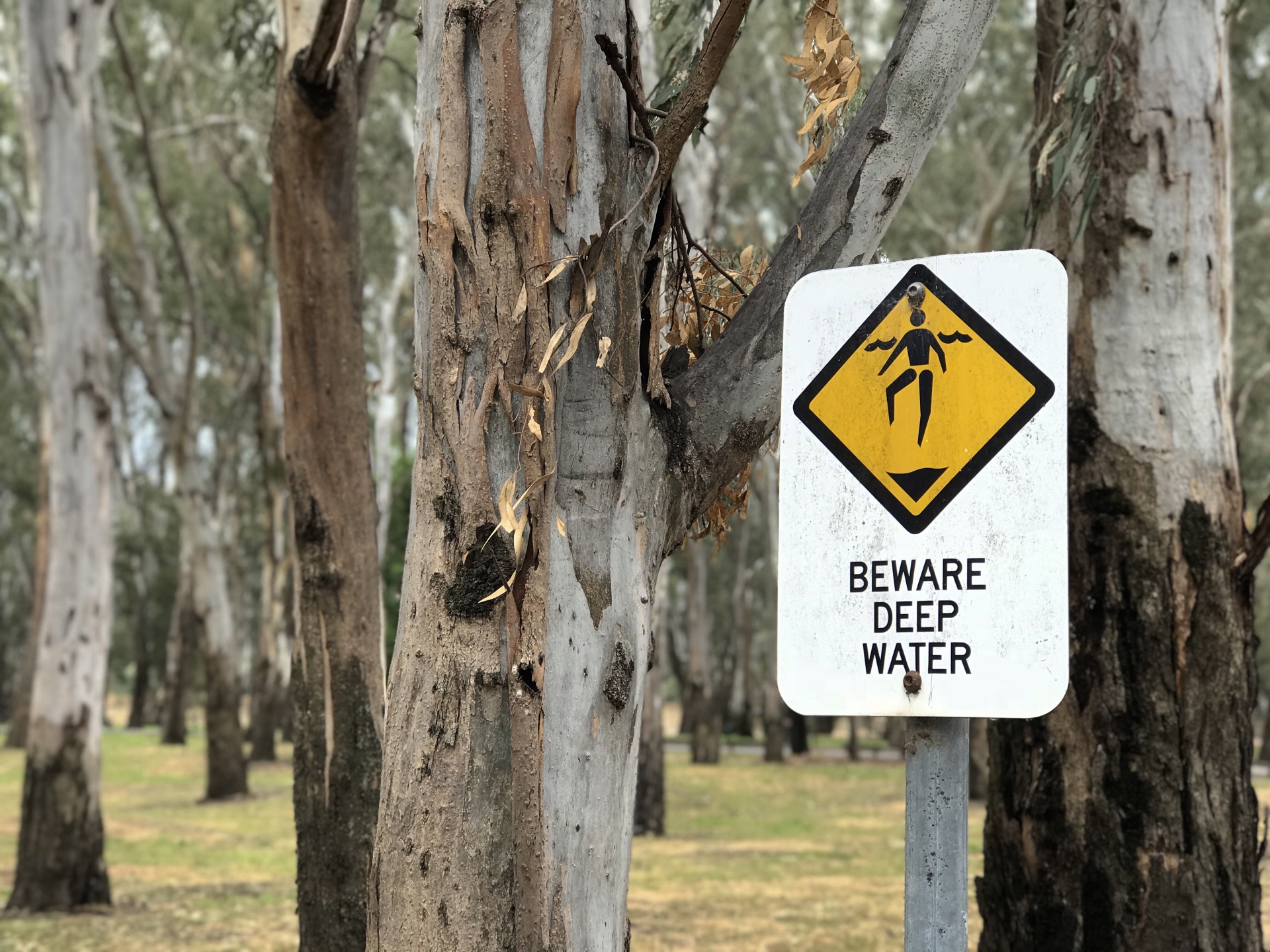 Kelly informs me at one point during the night she woke up Ripley was rocking about like crazy in the blow.

By that time I had inserted my earplugs, pulled the doona up over my head, assumed the foetal position and was pretty much oblivious to the whole storm.

Today more of the same weather was predicted so we decided rather than driving on through it we would hunker down here in Cobram for another night.

We spent the morning cleaning up in Ripley before putting the kettle on and settling into our respective reading materials.

By mid morning there seemed to be a lull in the windspeed so we all donned our rain gear and headed off for a little puddle hopping exploration. Out past the huge cylindrical stainless steel milk tanks of the Murray Goulburn Co-operative (Australia’s largest dairy co-op), on through town (stopping briefly at a bakery to carb up) and down to where the Murray river wriggles past the towns outskirts. 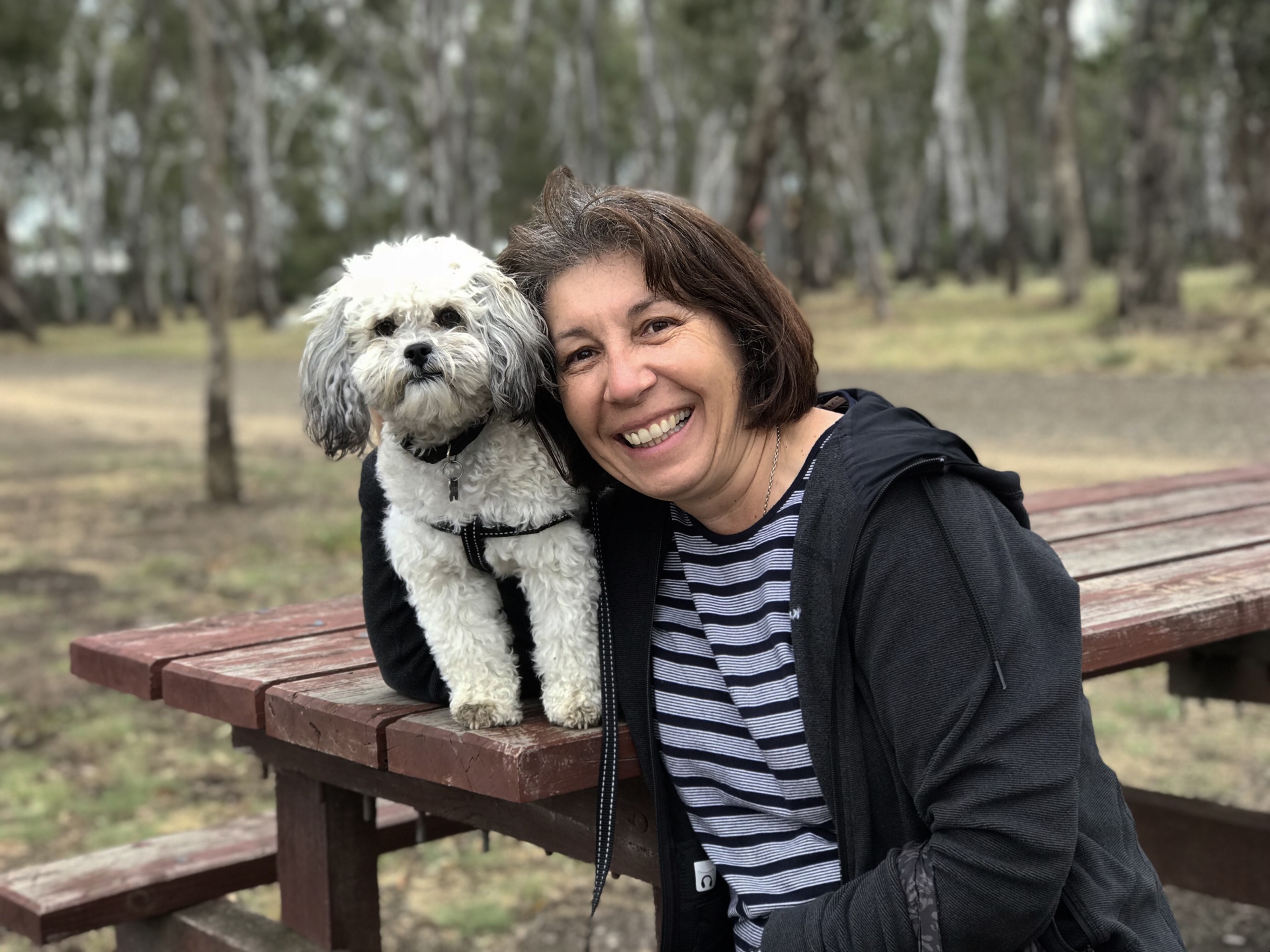 The smell of the Redgum Eucalyptus forest after rain was amazing out here. During the high season this whole area is a bit of a Mecca for bushwalking, kayaking, birdwatching, fishing etc. Following a bike pathway along the edge of the river we soon came to a large recreational area known as Thompsons beach. This is said to be the largest inland beach in Australia and indeed there was a pretty impressive sandy shoreline that looked a little out of place abutting the muddy brown water of the Murray. There was a newly renovated cafe/resteraunt next to the beach, but unfortunately it was shut. Due to the weather, the whole place was ours. 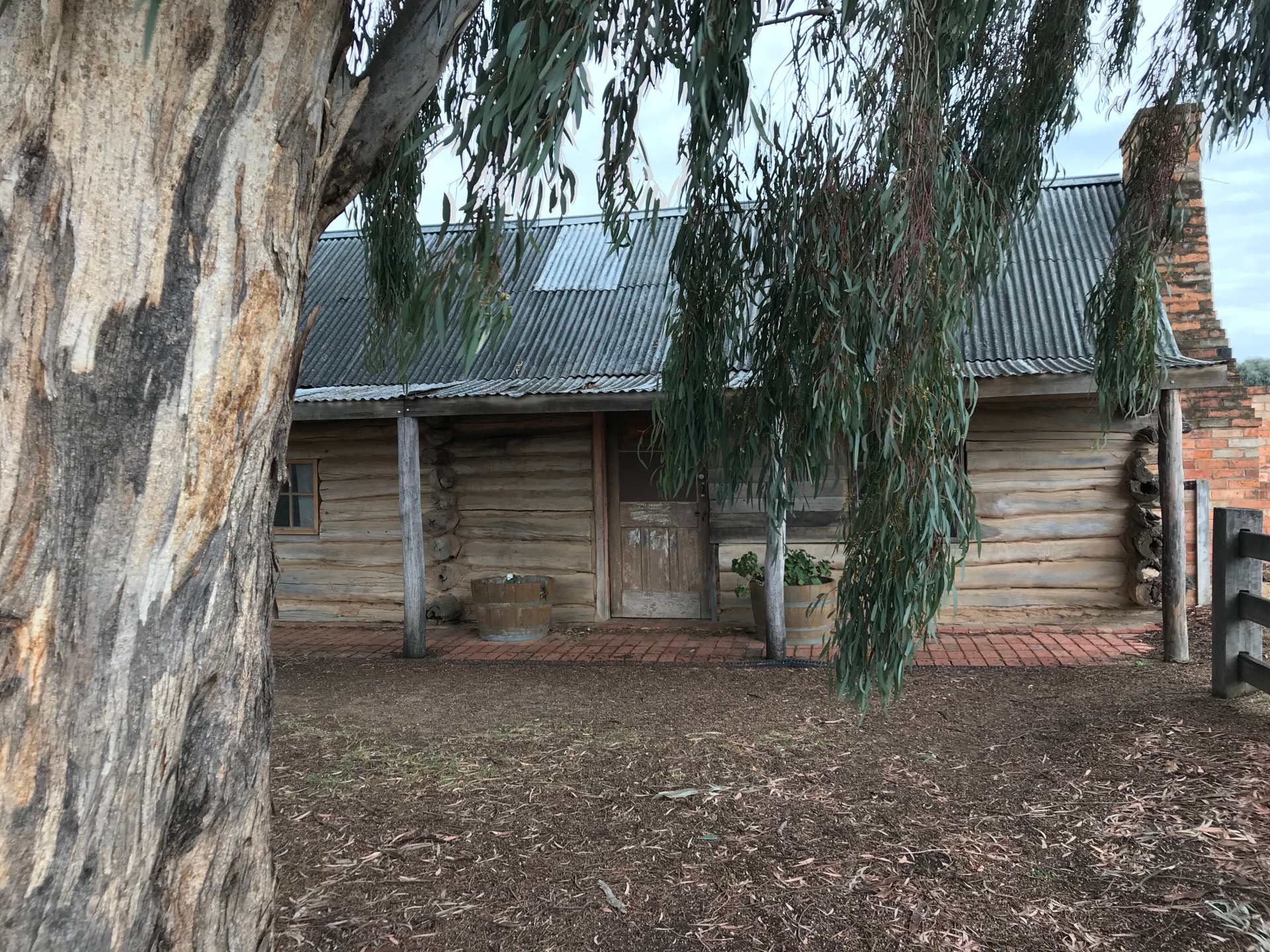 We were so glad that we had decided to walk out to explore this area, but just as we were congratulating ourselves it began to rain again, and looking across to the dark-purple whipped cream horizon, the immediate future looked decidedly nasty. It was all Gortex and business pace to try and beat it home. Despite the sprint, I think we would have ended up dryer by staying put and seeking shelter in the river.

Juno was thoroughly shagged out by the time we arrived back at Ripley. He had totally been having a ball foraging amongst the fresh smells and wetness of it all. Unfortunately the model Juno that we purchased does not come with mud flaps, so by the end of his adventures he was matted in dirt, and various bits of local flora and fauna.

We washed him out under a tap at the park and retreated back into Ripley for the rest of the afternoon. I put the kettle on, but Juno and Kelly were both sound asleep before the first hint of a whistle.