I’ve just pulled into a rest area just outside of Albury where Ripley is booked in for a service tomorrow morning.

Originally the town was known as Bungambrawatha, or homeland, by the Wiradjuri people, who were the original inhabitants. In 1838 the Assistant Surveyor-General decided that the name Albury would sound more, well, European to the ears of European Settlers.

Arrived at my planned overnight parking spot in the early afternoon. It’s still about a 30 min drive to Albury, but it’s peaceful here (apart from a little highway noise that I don’t really mind) and I can just coast down the highway in the morning.

One little issue that has arisen is that Ripley’s fresh water dump valve has started leaking. Nothing major, just a constant drip, drip, drip. But those drips all add up over time and after some unsuccessful fiddling and pondering I have made a temporary fix with a big gob of blue tack.

So. I feel it is going to be a bedsock chilly night later on. But right now the afternoon sun is streaming in the windows demanding immediate deployment of coffee, kindle and some gingernut biscuits. Bliss.

As I write this I am watching a truck driver replete in full truckies regalia. Torn navy blue singlet, un-buttoned flannelette shirt, thongs (as in flip flops not as in lingerie) and bum-crack hanging stubbies.

He pulled his long rig into a bay a good 200 metres up the road from me and then walks all the waaay back here simply to put his rubbish in a bin.

As he turns to walk back I give him a thumbs-up through the front windscreen and he flashes a quick smile.

You just gotta acknowledge when you catch a little act of goodness like that, don’t you think? 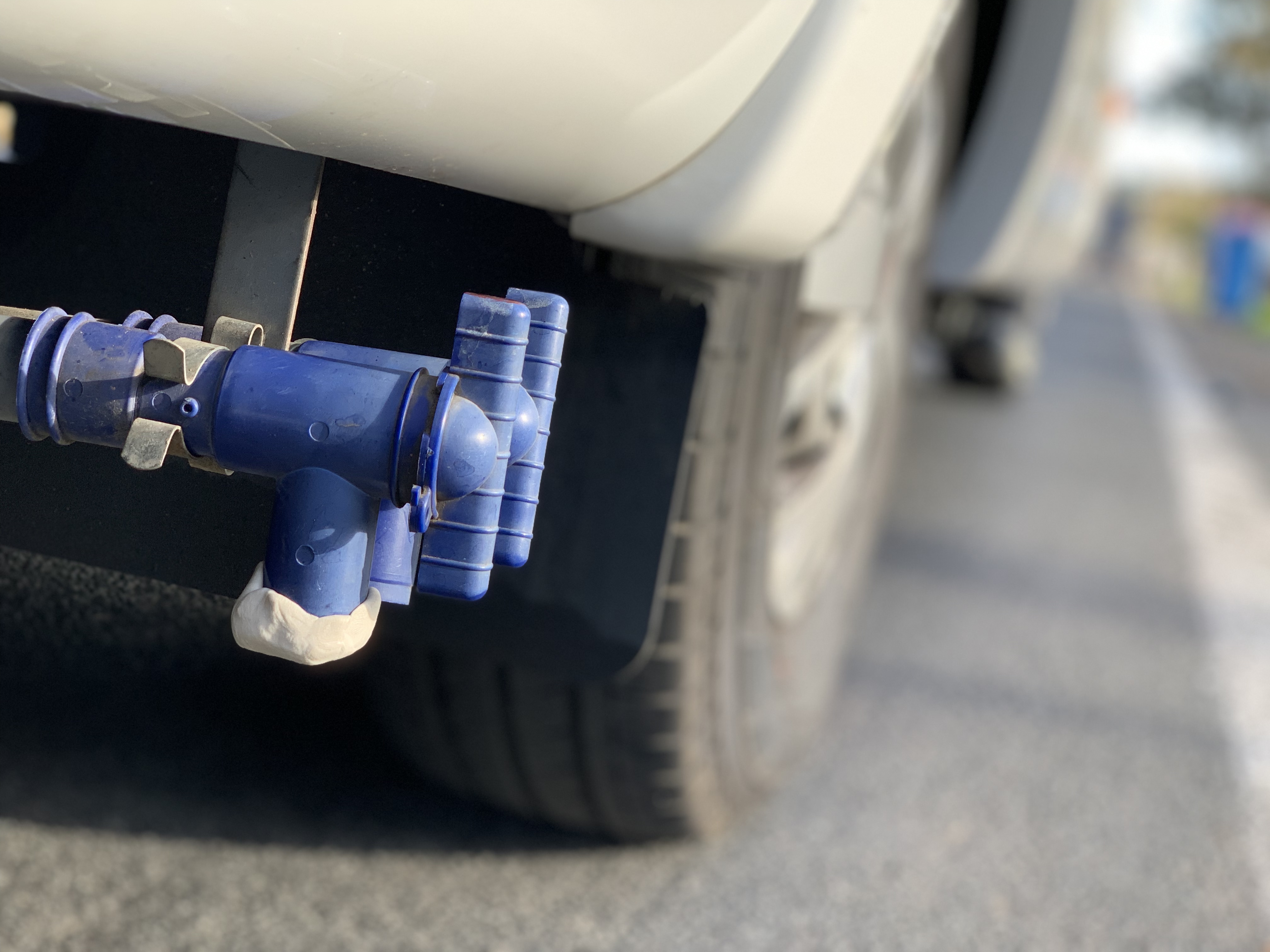