Spent the day wandering around Esperance, a coastal town with a population of around 14,000 that grew up as a receiving port for settlers arriving to make their fortunes on the goldfields in the 1890s.

The day was warm and sunny and we walked the esplanade soaking in the lush green curated lawns and fine mica-white beach sands. Such a contrast after the semi-arid scrubs we have been crossing through.

Lingered to watch a giant container ship manoeuvre into dock with tug assisted grace. Kelly’s dad used to work as a marine engineer on ships such as this. We spoke of foreign ports and mysterious cargo, and Kelly’s dad riding erratically around the massive rolling decks on a Japanese bike he was taking home as a present for her.

Coffee has been really expensive and really ordinary (with a couple of notable exceptions) thus far this trip. At one mistake, we paid five dollars a small cup for some rubbish gimp frothing swill. But we drank it anyway.

Here, we sat amongst the green of the towns central park enjoying two cups of most delicious Coffee Cat while Juno literally bounced around in pee marking joy amongst the trees. 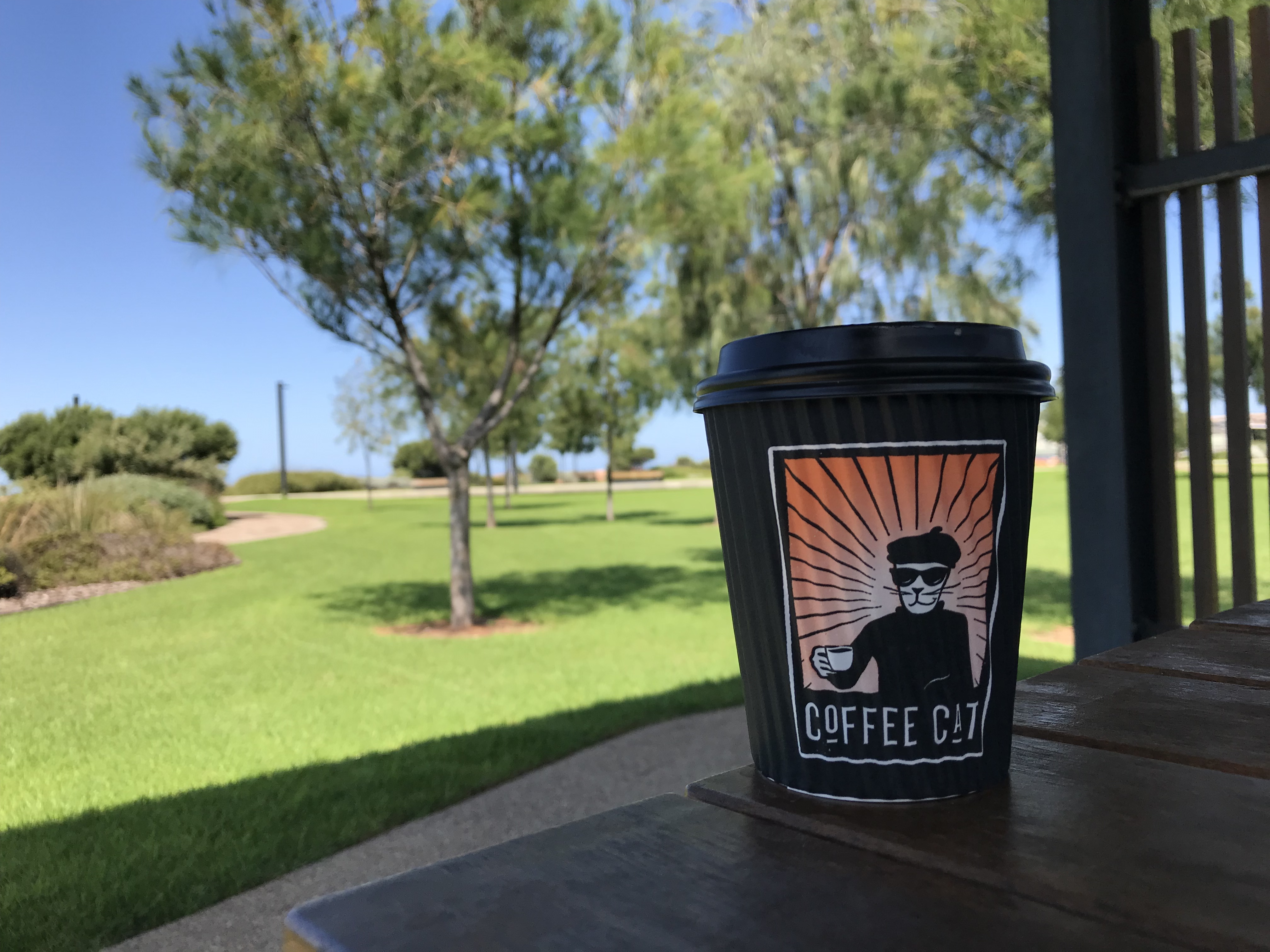